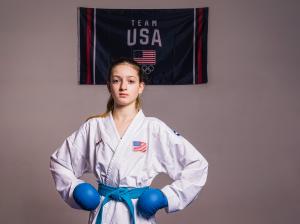 Karate is on the rise in the US and one athlete from Montana could be on her way to the Olympics in 2026.

Dreams happen when you sleep, Goals you must work for.”

BOZEMAN, MONTANA, USA, May 4, 2022 /EINPresswire.com/ — The road to the Olympics is hard, but in the sport of karate athletes have to fight even harder. The USA did not send any karate athletes to the last Youth Games in 2018. Charlotte Singleton fighting out of Montana Karate Academy is trying to change that for 2026.

Already a favorite in the USA she is now making a name in the World Karate Federation. The young phenomenon traveled to Cyprus where she beat Egypt who is widely believed to be the best in the world.

The Youth Olympics in Dakar Africa 2026 has certain criteria Charlotte must meet. Charlotte must be ranked #1 in the USA, she has to be ranked internationally in the top 10 in the world and she must be between 17-18 at the time of the Olympics.

In order to be ranked internationally she must attend the Youth K-1 tournaments held around the globe with a staggering price tag for a US athlete.

Even if she makes the top ranking in the world, trains 3 hours a day 6 days a week and is the USA #1 prospect for a medal in the Dakar Olympics the young athlete must also battle the political side to the world of youth Sports in the USA.

Currently the USOPC United States Olympic Committee does not send Karate athletes to the Games. Other combat sports such as Boxing, Taekwondo and wrestling have been approved.

We asked Charlotte “what’s it like being the favorite for the USA Olympic selection but knowing the USOPC might not approve Karate for 2026”?

Charlotte Singleton ” I can’t train or compete with that rule in my head. My job as a Team USA Athlete is to train, compete and win. The political stuff is out of my hands. All I can do is be ready and be qualified for the Olympics. By doing that I must have faith the Olympic committee will see Karate can bring home a Medal to the USA.

If karate is sent to represent in the 2026 Games it is very likely the USANKF will only be allowed 1 male and 1 female to represent the sport. Just as likely Charlotte Singleton will be that female.

Charlotte aka Lottie karate began training at the age of 8 now 13 she stormed the karate scene winning her first National championship at age 10. Sports illustrated name her athlete of the month making her the 1st karate athlete to ever make the magazines selection.

In 2021 Lottie fought Elite at the USA Team Trials and secured her spot onto Team USA without giving up a single point.

Question- How did you prepare for such a huge step in your career at just 12 years old?

Answer- We did not have alot of opportunity to go to tournaments and check who’s improved or anything like that because of Covid. So I over prepared, me and my sister Sophia worked 7 days a week 3 hours per day. Even are diets were treated like training. I think we had it in are heads we were not good enough to make Team USA. So we just worked and that’s something you learn to do in Montana.

After the Nationals/Team Trials me and my sister were on Team USA between us only 1 point was scored.

Question- As a Olympic Hopeful what’s your message to other young girls?

Answer- know without a doubt your enough. Be You and make people smile.

Lottie fights again At the USA Nationals and Team Trials July 2022 where she Hope’s to secure her 4th National Championship.

Katherine Grace
Karate Press
email us here
Visit us on social media:
Other

The post Can Charlotte Singleton Represent the USA at the 2026 Youth Olympics In Dakar Africa first appeared on Reality Syndicate Viewers. 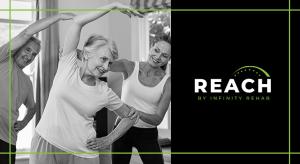 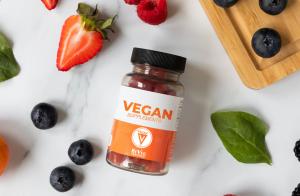 So long as the supplements industry remains largely unregulated, it is critical for the consumer to look for

Home Fitness Equipment Market to Reach US$ 6 Bn by 2030 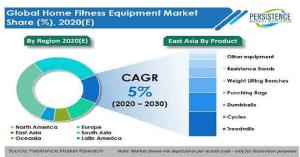